At today’s sitting, the Riigikogu discussed the Bill on Amendments to the State Pension Insurance Act and Other Acts, and decided to suspend the second reading of the Bill on the motion of the Social Affairs Committee so that the factions could submit motions to amend.

The Social Affairs Committee has proposed to continue the proceedings of the Bill on 7 February and to submit it for passing on 9 February. The deadline for of motions to amend is 31 January. The Committee will convene for an extraordinary sitting on 1 February.

The Riigikogu supported the motions to amend made in the Social Affairs Committee between two readings, which ensure that the support paid as a temporary measure to mitigate the rise in energy prices cannot be attached to cover debts and that the support is not regarded as income in the payment of the unemployment insurance benefit.

The Bill on Amendments to the State Pension Insurance Act and Other Acts (475 SE), initiated by the Government, has been submitted to solve the problems that arose during the implementation of the State Pension Insurance Act and to ensure legal clarity. The Funded Pensions Act will also be amended. The amendments to the State Pension Insurance Act will ensure continuation of the payment of survivor’s pension to 18–24-year-old students in the month of September regardless of whether the information on their studies has been entered in the Estonian Education Information System or not. Under the current rules, the survivor’s pension for the previous month is paid in arrears in October, but this results in a one-month period of no income for the pension recipients.

In the future, the pensioners living in foreign countries can prove that they are alive also through an electronic channel. Under the current rules, they have to submit a written document approved by an administrative agency of their country of residence or an Estonian foreign mission. The Bill also provides that the time of being a member of a management or controlling body of a legal person will be included in the pensionable service if the social tax has been paid for this period. According to the amendments to the Funded Pensions Act, the persons with incapacity for work who have retired from the 2nd pillar can start collecting money in the 2nd pillar again or suspend receiving the pension if they have not yet attained the old age pension age but their capacity for work has been restored. Currently they do not have such a right. 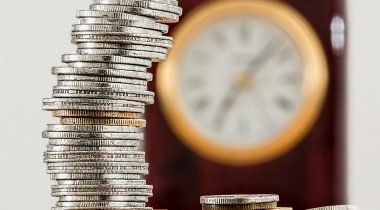